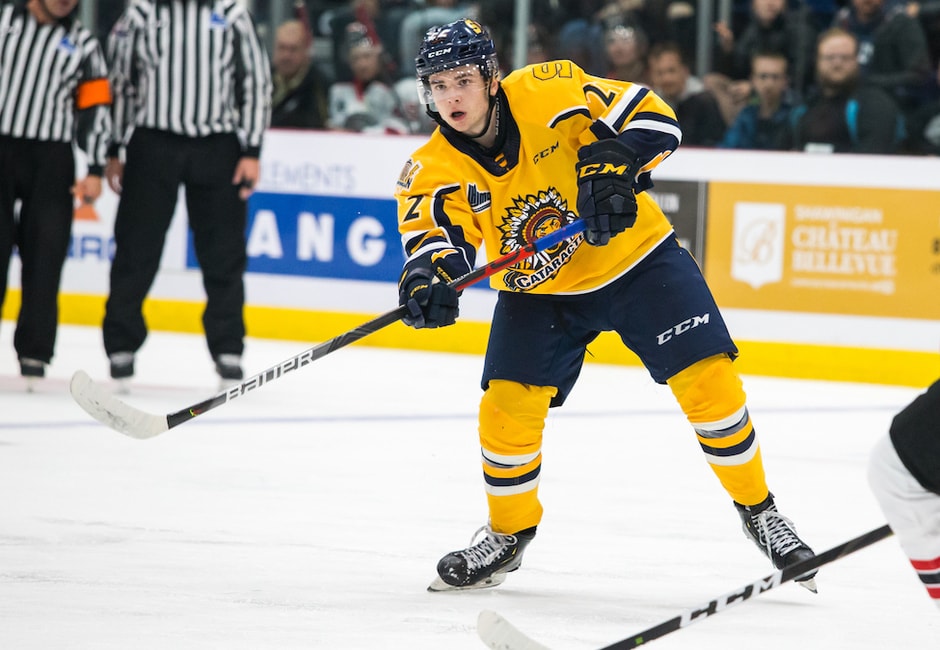 The Dallas Stars ranked 19th out of 31 NHL teams in Matthew Zator’s NHL Farm System rankings in late January of this year, and with the offseason approaching for not only the Stars but the prospects themselves, I feel it would be nice to take a gander at how the team’s prospects progressed in this unique, pandemic-riddled season.

Bourque was selected 30th overall in the first round of the 2020 NHL Entry Draft after the Stars came up short in the Stanley Cup Final in the bubble, falling in six games to the Tampa Bay Lightning. In the 2020-21 campaign, a glaring issue was their depth scoring, or lack thereof. Radek Faksa and Jason Dickinson really didn’t provide much value on the scoresheet, with the two both ranking last on the team among forwards in terms of Offensive Goals Above Replacement (OGAR). Bourque, being a 5-foot-10, 179-pound, right-handed center, is among the many small, offensive-oriented centers in the Stars’ system.

Bourque put up 43 points at a 1.54 point-per-game pace as the captain of the Schawinigan Cataractes of the Quebec Major Junior Hockey League (QMJHL), which was a boost from the 71 points at a 1.45 point-per-game pace he put up in the 2019-20 season. At the faceoff dot, he improved upon his 50 percent win percentage in his draft year, winning 53.4 percent of his draws this season. The only part of Bourque’s game that seems to have regressed is his discipline, as he achieved .61 penalty minutes per game in the 2019-20 campaign and that number significantly rose to 1.29 this season.

After his junior season ended, Bourque played six games for the Stars’ minor-league affiliate, the Texas Stars, putting up five points in that timespan. Look for the organization to keep Bourque in the American Hockey League (AHL) for one more season, so he can get stronger and get more inclined to professional hockey. However, from his small stint in the minors this season, Bourque looks to be the real deal for the Stars.

Harley was selected 18th overall in the 2019 NHL Entry Draft by the Stars and the hype around the 6-foot-3 defenseman only grew when he posted a dominant plus/minus of plus-14 with Team Canada at the 2021 World Juniors. After his outstanding performance in the tournament — which prompted many analysts to commend his “magnificent gap control and transitional play” — Harley played 38 games for the Texas Stars this season. He racked up 25 points with eight of those being goals, albeit finishing the season as a minus-10, which is expected for a 19-year-old in his first season, either in the AHL or NHL.

The Stars have remained as patient with Harley as they have with most of their prospects despite the fact that players drafted after him, like Tobias Bjornfot of the Los Angeles Kings and Nils Hoglander of the Vancouver Canucks, have already gotten significant big league ice time. Harley will get his chance in the NHL soon, but a stacked Stars blue line will keep him out of the lineup for longer than expected.

Dellandrea’s stellar 70-point performance in the 2019-20 season with the Ontario Hockey League’s (OHL) Flint Firebirds and his success with Team Canada at the 2020 IIHF World Juniors gave Stars fans plenty of optimism regarding his NHL future. The former 13th-overall selection in 2018 started off the 2020-21 season playing in Finland for JYP, and he put up three points in six games, showcasing his ability to play with and against players above his age class. Dellandrea finally got his chance at NHL action as he suited up for the Stars in 26 games this season, amassing five points in that time span.

Dellandrea did not burst onto the scene like Robertson this season, but he was a positive in both the offensive and defensive goals above replacement categories, the latter being very rare for rookie centers. After a healthy dose of top-flight action, he finished the season playing eight games for the Texas Stars in which he scored six points. He looks to be a slow grower, but he has all the intangibles to be a successful player in the NHL and he could be a perfect defensive, third-line center for the Stars in the near future.

The Stars drafted Damiani in the fifth round in 2018 not expecting too much from the 5-foot-10, 170-pound center. After all, 37 points in 64 games for the Kitchener Rangers is not exactly top-tier material. However, he amassed 12 points in Kitchener’s 17 playoff games, which was enough reason for Stars general manager Jim Nill to take a chance on him. The chance proved to be well calculated, as over the next two seasons Damiani’s points-per-game rose to 1.37, a significant increase from the .58 he showcased in his draft year.

This season was Damiani’s first full season with the Texas Stars and he made the most of it, recording 36 points in 36 games and earning the Dudley Garrett Memorial Award for being the AHL’s most outstanding rookie, an award that has been awarded to the likes of Colorado’s Mikko Rantanen, Montreal’s Tyler Toffoli, and NHL Legends like Brett Hull. Damiani’s constant improvement on the little aspects of his game is a very good look for the Stars as his playmaking ability and overall value is absolutely phenomenal considering he was a fifth-round selection not even two years ago.

The Stars desperately need bigger bodies in their prospect pool. Bourque and Damiani are shifty, but they need to draft a prospect who can fill a power-forward type role for the team, especially now that guys like Jamie Benn are on the wrong side of 30. There isn’t much size in this year’s draft, but a name that jumps out would be Zachary Bolduc. Bolduc is regarded as one of the best two-way players in the draft, and being 6-foot-1 with lots of frame to fill, he could be the answer to the Stars’ size issues. The organization could even draft a more skill-based player with their selection in this year’s draft and instead opt to pick up size later on in the draft when it is less risky. Nonetheless, the Stars need size in their farm system, big time. 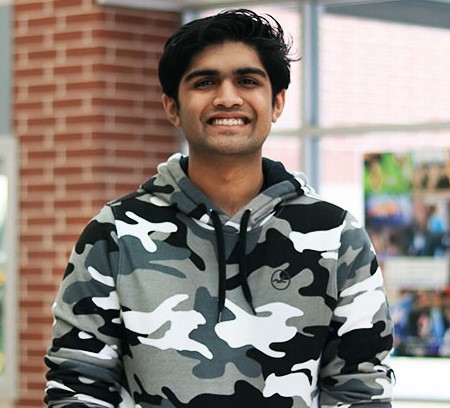 Hey y’all, my name is Adeen Rao and I am from Tomball, Texas. Growing up in Pittsburgh I was always a diehard Penguins fan, and this love for the Penguins translated to an even deeper love for the sport of hockey itself. I write about the Dallas Stars, and I am a firm believer in using advanced analytics when evaluating a hockey team or player.